Is There An Anti-Spielberg Trend?

Phil Hoad, on The Guardian, seems to jump on the Spielberg-bashing band-wagon by writing a small piece about whether ‘Spielberg has lost his Mojo’. 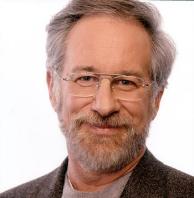 “Is it true? Is the main man’s career headed for the great script conference in the sky? It’s arguable. He’s still raking in the big bucks; among recent works, only Munich went close to a loss. But he had a patchy noughties: by my count, two successes, both in sci-fi (Minority Report, War of the Worlds); one middling film (Catch Me if You Can); three washouts (Indy, AI, Munich). I haven’t seen The Terminal, but that doesn’t alter what looks like a pretty indifferent hand. Even supporters of the new Tintin made constant mention of atoning for Crystal Skull, and how the adaptation was the real successor to the vintage Indiana Jones adventures. The real reference points for Spielberg, worryingly, seem to be in the past.”

The irony is how The Adventures of Tintin has come up Number #1 across Europe with mid-to-positive press reviews – 85% on Rotten Tomatoes. It seems The Guardian are the only newspaper trashing it so much (Xan Brooks and Peter Bradshaw both giving the film 2/5).

At any rate, I enjoyed it, and I will continue to sing it’s praises …