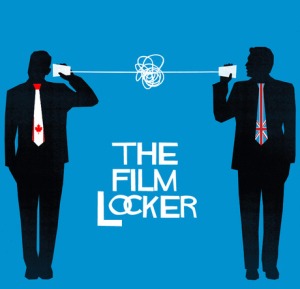 After spending a few years producing our own separate podcasts, Ryan McNeil and I thought it was time to combine our skills and create our own 12-part podcast. Part sharing-the-knowledge and part forcing-us-to-learn-the-knowledge. We selected 12 directors and focused on one film

in depth, their canon of work and then selected our favourites in their collection. Cropped to less than 40-minutes per episode, it’s a great way to get that background on a filmmaker after watching only one film in their canon…

“Our first lap concludes with a truly controversial persona. Roman Polanski is the last man in the locker, with feature discussion on his 1975 Film Noir classi

“The end is nigh, but not before we talk about Mexico’s Guillermo del Toro and his lavish fantasy film PAN’S LABYRINTH.”

to his back catalogue – and even choose our films from the ‘top shelf’.”

t was inevitable. We manage to break down all his back catalogue to some extent – and specifically focussing on TRAINSPOTTING as our film of choice.”

“The big guns of 90’s American filmmaking continue with a trip to the city of angels. This week we pull on our hockey masks, load up on guns and prepare to face the HEAT, with our mid-summer look at the work of Michael Mann”

“Having spent a couple of weeks with, how do I put it, more obscure directors, I have a feeling this will be a bit more popular amongst listeners as we have chosen David Fincher, the director of THE SOCIAL NETWORK, PANIC ROOM and FIGHT CLUB. We choose SE7EN to focus upon as our centre point…”

“The show gets some international flavour as we discuss one of the very best to come out of Spain. His films have been lush, melancholy, and heartwarming – sometimes all at once! Pedro Almodovar is in The Locker for Episode Six with special emphasis on his wonderful film, TALK TO HER.”

“After a week in the new school, we go back to a master. You might think he’s brilliant, you might think he’s pretentious – but for better or for worse Stanley Kubrick is in The Locker for Episode Five with special emphasis on his horror classic, THE SHINING.” 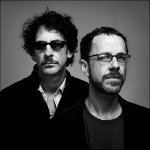 “Having spent two weeks covering film directors who may be a little off the beaten track, we regain the road by moving to younger and hipper folk in Joel and Ethan Coen. Having both watched both back-catalogues, Hatter and I argue it out with our favourites and not-so-favourite films with an in-depth analysis of NO COUNTRY FOR OLD MEN”

“This third episode in the series focuses on David Cronenberg … as Hatter proudly tells us is Canadian. The film we choose to break apart is THE FLY, but we get deep into discussion about his other films DEAD RINGERS, EASTERN PROMISES and A HISTORY OF VIOLENCE.”

“This week we change from one New-Yorker to another: Woody Allen. Hatter and Simon break through their likes – and dislikes – towards this controversial choice and then break down HANNAH AND HER SISTERS as, what they believe, is the best example of a Woody Allen film.”

“Series One begins with Martin Scorsese in the locker. Hatter & Simon discuss all things Marty, focusing on GOODFELLAS in the feature discussion.”