I, Daniel Blake – “A towering triumph… the most important film Britain has seen in years”

The media have successfully created a villain in benefit claimants. Between gross mocking-television, such as Benefits Street, through to pie-charts that distort our perspective on those who claim, being on the dole is considered a scourge on society.

The Daily Mail and The Sun will provide front page news on large families who live in a central London town house and readers are insulted. “Why don’t they just get a job?” and “We should give them less money for childcare and force them back into labour” is the type of discourse we’re often forced to take part in. I, Daniel Blake reveals the benefit “scrounger” as an unlucky, frustrated man. It connects the poverty to the criminal. While we idolise heroes of Hollywood, I, Daniel Blake is about the unknown hero of the community who helps, supports and carries others to safer ground. A towering triumph, I, Daniel Blake is the most important film Britain has seen in years.

Daniel Blake (Dave Johns) is a stubborn, Geordie carpenter. Working all his life, he suffered a heart attack that forced him to claim benefits. After an impersonal and medically-flawed analysis, Dan is nevertheless deemed fit to work, despite his doctor saying otherwise. He’s keen to get back on the ladder but, in his desperate attempt to follow the rules, he’s directed to online services, decision makers and endless phonecalls. Each one, frustratingly pushing Daniel further away from the money he needs to get through each day. In the process of this, he supports Katie (Hayley Squires), a Londoner who’s recently moved up North. She has two children and, without family and friends, desperately needs support. Her situation is considerably more severe, with children to feed and a house to turn into a home, Daniel’s help is the only thing in her world that helps her cope. Suffice to say, this uncertain and unpredictable set of circumstances takes its toll on both Daniel and Katie. 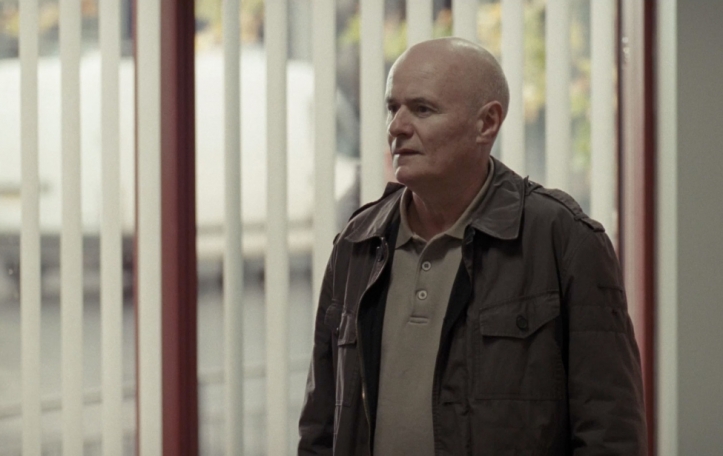 There is a sequence in I, Daniel Blake when he attends a CV course. The teacher explains how he needs a CV to “stand out from the crowd” in a market where there are not enough jobs to go around. This set of facts should prove how every attempt at getting people into a job will always fall short due to this supply-and-demand problem. The term, “stand out from the crowd”, also ignores the crowd that you leave behind. We, the smug monthly-paid employees may have a roof over our heads and food in our stomach, but we only have this at the cost of others. Standing out from the crowd leaves the vulnerable behind.

There is a quiet dignity that director Ken Loach frames the families within. Daniel Blake is a passionate older man, but if someone as driven and desperate as this cannot be supported by the state, then what hope does someone with depression, or another form of mental illness, have? Loach gently touches upon alternative stories too. We see how crime becomes the only option for some, while business-savvy teenagers ‘cutting out the middle man’ for some sneaky backstreet deals make an extra few bucks with a cheeky smile on their face. Neither is in an ideal situation and if the opportunity was there, they’d be first in line to take it. But how do you raise two young children if you can’t afford childcare in the hours while you’re working? If trainers can be sold at half the price in one part of the world, then why can’t they be sold at the same price over here? These are direct criticisms on capitalism, family and the consequence of austerity. My audience was in tears, cheering at the end and gasping at points of hopelessness, and angry at how the country has let people like Daniel Blake down.

There are always consequences. Katie’s son, Dylan, has suffered psychologically as a direct consequence of living in a small, one-bedroom space as a toddler. These consequences are not placed on the shoulders of the state. The endless bureaucracy that Dan is stuck between takes its toll on him and yet, as he sits in the horrid, clinical, cold atmosphere of the job centre, he’s treated as the lowest of the low. Some treat the jobseeker as if they are an annoying customer, again, asking for a refund: the moody shop assistant, reluctantly paying out, or fumbling around at any excuse to save the pennies and justify the fault with the customer.

There is a question Daniel puts to Katie’s son: What kills more people, coconuts or sharks? Dylan doesn’t answer the question. He might not know or care what the answer is. But eventually he reveals it: coconuts. The unsuspecting, harmless coconut is responsible for more deaths than the razor-toothed shark. The obvious answer isn’t right and, when we look at what has failed our country, blaming the poor, homeless or immigrant population, may sound like the obvious answer. But it’s not the right one.