It’s January 1st 2016. I have watched 367 films since January 1st 2015. Even negating two films, I reached my film-a-day challenge for every day this year.

Making the most of long train commutes (a personal accomplishment watching both Ghostbusters and Ghostbusters II on the same journey was a high point) and, if my mood wasn’t “up to it”, 90min documentaries and those-rom-coms-you-never-wanted-to-watch-but-look-intriguing all plugged each daily gap if necessary.

I appreciate the truly uninspiring nature of this. I’m not running the London Marathon. I haven’t delivered food to those who have nothing. I know this entire feat is an obsessive self-orientated goal that could be easily accessed by anyone with a Netflix account. But the key issue isn’t about reshaping my life, or running home after work to watch Rocky III. It is simply being proactive in what I’m watching and not settling for the monotone hum of gameshows or the endless scroll on Facebook. Without children, this was more than possible.

In the last month, I got the farthest behind. After busy end-of-term pressures, I had to cram as best I could with the Christmas break. Swotting up on those 2015 films I had missed but seemed to turn up on so many Top 10 lists made for a very enjoyable holiday. John Wick, Sicario, X+Y, Spy, Aloha and It Follows all snuck into my viewing schedule, well aware they had something to prove before I hit play. Suffice to say, none budged my Top 10 list and instead, a re-watch of While We’re Young secured its positioning in the high spots. 45 Years also earned a bump up because I couldn’t get it out of my mind; that final shot haunting my memory of it. Can’t wait to see it again. 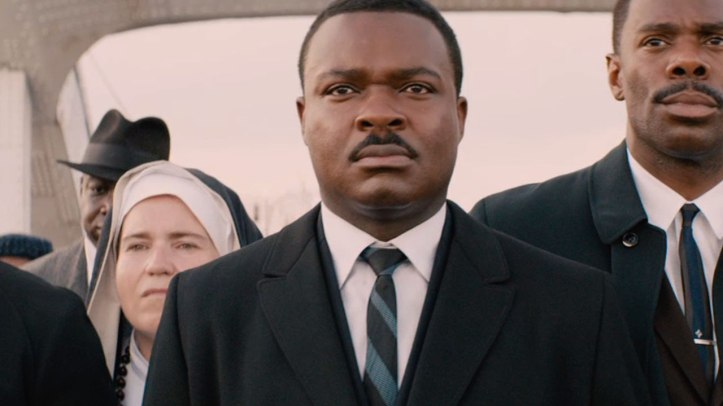 Whenever I explain the film-a-day challenge to someone, the question “are they all different films?” pops up. Ignoring the reality that it’d be a considerably tougher challenge if every film was Jurassic Park, I explain that generally they are all different but it doesn’t exclude re-watches. With this in mind, the Oscar nominees I watched at the cinema in January and February – or years prior – got a look in. This meant Selma and A Single Man turned up and they really do stand tall. Both films don’t immediately come to mind when choosing (the abuse of civil rights and a man mourning the end of his gay relationship are very serious subjects) but they should. They’re outstanding and deserve multiple views. The fact that David Oyelowo and Colin Firth didn’t receive Oscar wins (or a nomination in Oyelowo’s case) is a shocking state of affairs, proving how off-centre the Academy can be sometimes. 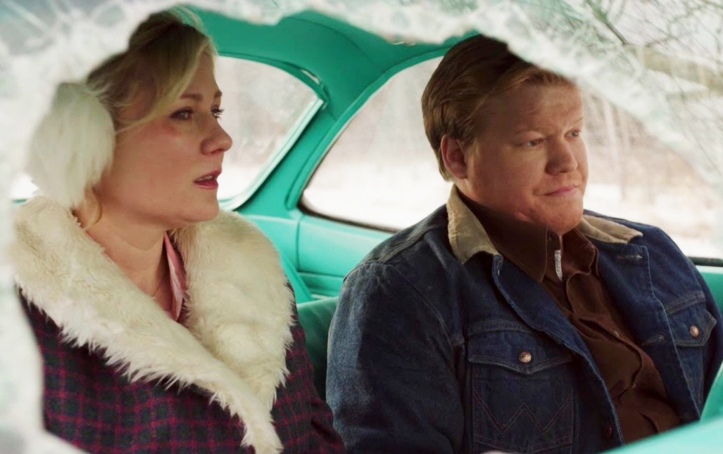 Would I recommend this New Year task? Ultimately, yes. I’m easily influenced and my own bug is how terrible TV can be. Settling down, you’ll easily drift from the news to The One Show, to a soap and then to The Apprentice, without thinking twice about how long you’ve watched something you’re only half-interested in. This year has shown me how manageable it can be, if you just put the film on. No dwelling or thinking whether it will or won’t be any good (how often do you whack on The X Factor and wonder whether it’ll impress? It’s a resigned moan to access the water-cooler conversation-starter). I’d take a mediocre film over atrocious filler-TV any day of the week. Remember, Mad Men, Game of Thrones, Fargo, Transparent, Orange is the New Black, House of Cards and This is England ’90. You’ll always find space for the good stuff. It’s the pointless, hypnotic TV that’s worth escaping from.

The one thing that did take a hit was writing. If I’ve only got two hours in an evening, it is easier to settle down to a film when you’re tired, rather than punching the keyboard desperately waiting for your brain to switch on. 2016 will see a change in priority, whereby writing – blogging, reviewing, comparing, improving, reflecting, adapting, conversing, writing stories, tales and events – needs to take centre stage. Whereby a film-a-day required at least 90 minutes of spare time, all I need is 30 minutes a day, minimum, to make time for those creative juices to start flowing. With that in mind, I now have 16 things I hope to shoot towards in 2016 (just adding the final touches now…) and 2015 has given me the confidence to aim that little higher, and set a bolder challenge. Maybe by the time we do get to 2020, I’ll run a London Marathon, but it’s baby steps at the moment.

Read my reflections on January, February, March, April through June and July and August by clicking on the links.

Or track my entire journey on Letterboxd