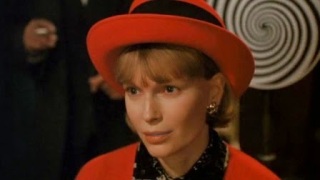 Beginning with a flirtatious fantasy, Alice is Woody Allen indulging his upper-class thoughts again. Released in 1990, it’s clear that this was a low point as Alice is tired and hollow. Alice, an upper-class housewife, turns to herbal remedies from an acupuncturist to solve her woes. Her privileged life is an excuse for boredom and frustration as she is attracted to the tall and handsome Joe (Mantegna). Akin to the desperately creative characters we’ve seen before, Alice wants to be a writer, but lacks the desire and motivation to become one. Magical powers and extreme wealth is simply not enough though, as she continues to blame circumstance. The finale tries to offset her blissfully ignorant perspective, but it fails to elevate the majority of Alice, whereby her apathy and “tortured” sense of self grates and frustrates. A returning ghost is a highlight, but Woody can do much better than this.