Isle of Dogs – “A marvellous adventure, with a distinguished style and a dry sense of humour”

When viewing Wes Anderson, the second watch is the key experience. His unique tone, impeccably detailed shots and story-within-a-story structure can be best appreciated from a slight distance, where the narrative can be separated from the artistry on display. 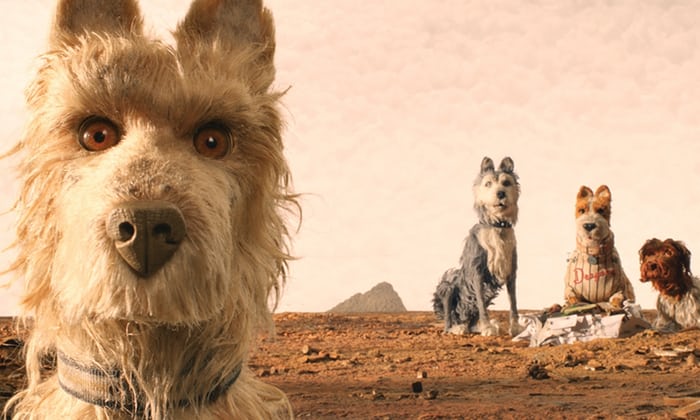 Isle of Dogs, like Fantastic Mr. Fox, is in glorious, stop-motion animation. It enjoys a broad, big-name cast that includes Bryan Cranston, Ed Norton, Jeff Goldblum, Scarlett Johansson, Greta Gerwig and Tilda Swinton, among many more. Anderson, as showcased in The Royal Tenenbaums, Moonlight Kingdom and The Grand Budapest Hotel, works best when there is a small, unusual family at its heart, with a fast-paced plot and an engaging array of characters to pull you in. Isle of Dogs has this in spades and continues Anderson’s run of sweet and inventive pictures that consistently deliver a blend of humour and story-telling wit that charms the four legs off of you.

In pure Wes Anderson fashion, Isle of Dogs begins with a swift history of dogs in Japan. A period of unrest, as the Kobayashi cat-lovers attempted to wipe out dogs, resulted in the animals becoming pets and the creatures became inextricably tied to man. As time marched on, the dogs grew in number and in this particular dystopian future, a virus breaks out among the pooches and the health threat has created a mass panic. Adults protest against dogs and wear anti-dog caps and t-shirts. An authoritarian new mayor of Megasaki City, in his somewhat bias opinion, decides to remove all dogs from the city and send them to a dumpster island, now renamed, Isle of Dogs. Over many months, the dogs begin to live their life in isolation and get back in touch with their non-owner, wild side. Suffice to say, for many, this is not easy. But things change when a small plane with a boy on board crashes down on the island and Chief, Rex, King, Duke and Boss are all drawn to the big-hearted, dog-loving child. Together, the dogs listen to him, while a cure for the dogs on the mainland is almost complete. 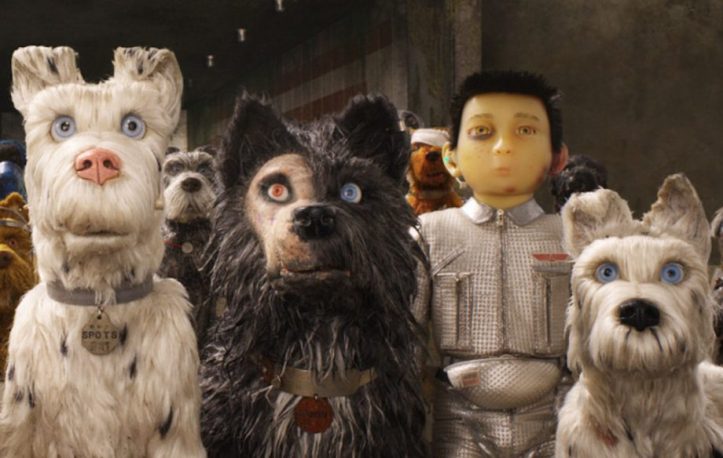 Five dogs, one boy and a government conspiracy to rid the world of dogs. Clearly, the anticipation as to what happens next is the least of your worries. Anderson’s method of framing, as is custom, uses symmetry and distinct shapes to capture each moment. Whether these mutts are casually glancing down camera, in a knowing wink to us regarding the ridiculous events that are playing out or there is a strict refusal to dub or subtitle the Japanese throughout, Isle of Dogs is full of fresh ideas. The texture and smoothness of the animation is technically a marvel. Akin to Aardman or Laika, there is a professionalism that oozes through the visual language of Wes Anderson’s canine tale.

While one could argue the story is merely a flippant, disposable yarn, there are themes of rebellion and social-change that couldn’t be more relevant in 2018. Mayor Kobayashi, in his dictatorial and malicious rule of government could be compared to Trump, but of course this is hardly the driving force behind the movie. Instead, the playful and charming characters are the pieces to this puzzle that seal the film together. Isle of Dogs is a marvellous adventure, with a distinguished style and a dry sense of humour. Children will stay for the quirky journey, while adults will lap up snarky characters that only Anderson can craft.

This was originally published for Culturefly.co.uk in March 2018