You can’t ignore history. Mel Gibson’s Hacksaw Ridge tracked down a true story during World War II to frame a parable about resolving the struggle of warfare and faith. Oscar-nominated and widely regarded as a solid return-to-form, the crux of the film is let down by the reality in the Japanese-America conflict. 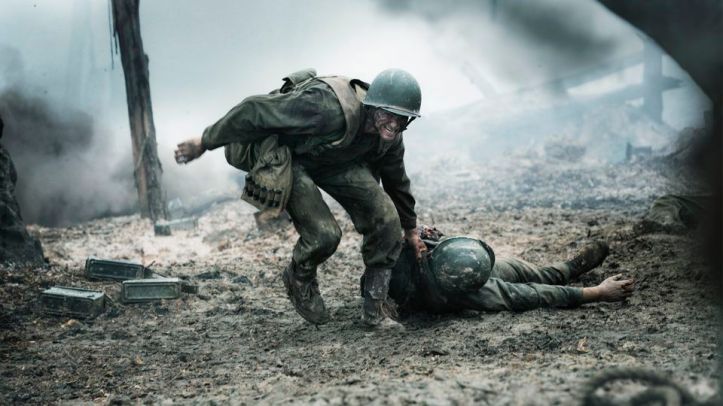 While Desmond Doss refused to hold a weapon during the war, the most destructive weapon the world has ever seen is responsible for why the war ceased. Let me clarify, the war did not end by people coming together and deciding not to kill; it ended by murdering hundreds of thousands of innocent Japanese civilians in Nagasaki and Hiroshima. Desmond Doss saving a few hundred in a particularly grotesque battle hardly qualifies as readdressing these historical facts.

Raised in Virginia, Desmond Doss (Andrew Garfield) was raised a Christian. His father (Hugo Weaving), fighting in World War I, is now a broken man after losing his closest friends. Nevertheless, despite his father’s efforts to stop him, Desmond believes it is his duty to serve and joins the Army under the impression that he can be trained as a medic. As a medic, a career inspired by his new girlfriend who’s a nurse herself, he would not be required to fire a weapon. His stance is perceived as a strange decision and the soldiers training alongside him struggle to trust him, while his superiors are keen to dismiss Doss at the earliest opportunity. Suffice to say, he is shipped to Okinawa to fight on the infamous “Hacksaw Ridge”. What he witnesses shocks him to his core but he stands by his principles and when the fight turns ugly, he maintains his composure and saves as many lives as he can. 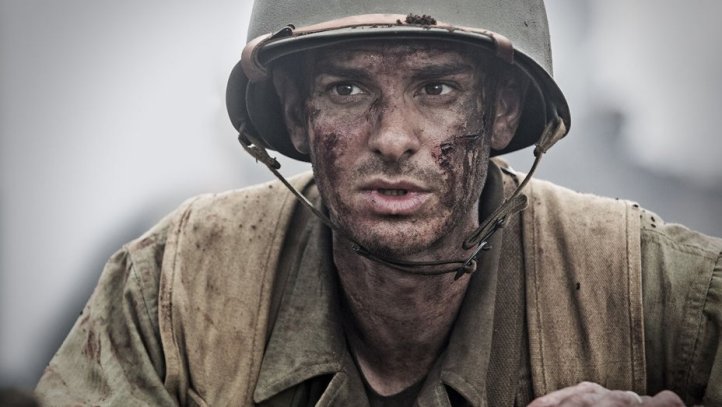 Mel Gibson is an impressive, accomplished director. Between Braveheart, The Passion of the Christ and Apocalypto, Gibson has always been keen to take actual events and reframe them in a particular story that may miss out details that some would find integral. Apocalypto takes a pick-and-mix of Mayan culture and puts it together to form a violent and savage tale, something criticised by scholars who wished to see the spiritual side or achievements in science and art made by the Mayans. Braveheart’s romantic depiction of William Wallace fails to mention how he hung those who refused to fight and he (and all his men) never wore kilts at that point in history.

Hacksaw Ridge suffers from the same lack of effort in depicting the conflicted morals of war. How can a story of an American refusing to bear arms in World War II ignore the excessive use of arms that concluded the war itself? A different war could tell this story, or a different time. But this particular conflict has repercussions today as the threat of nuclear arms, in the hands of President Trump no less, means that America wreaking such devastation has only become more likely.

Nevertheless, Andrew Garfield is convincing and engaging to watch as the wide-eyed, young Desmond Doss. With the film resting on his shoulders, he carries us through the story handsomely with supporting actors Vince Vaughn and Sam Worthington convincingly appearing in military roles, unappreciative of Desmond’s gun-less stance. In particular, Hugo Weaving is a sober and arresting presence. He’s fought and lost so many. It’s difficult to realise how an entire generation of men had to cope with a war that took the lives of their peers and then another war that took the lives of their children. It’s a shame Weaving is primarily in the first act only.

Hacksaw Ridge may include memorable moments and charming characters, which pull you into the period, but its simplistic analysis and reductive morals force us to leave the film unfulfilled. Gibson may be able to direct again but his ham-fisted handling of actual events remains an enormous error that plagues him all too often.