We hoped that the world A United Kingdom was released into, was one that did not tolerate racism. The relationship between two people, of a different race, pre-Brexit and pre-Trump didn’t seem as significant as it is now. An important story, absolutely, but only in this unpredictable era does it feel achingly close to home. 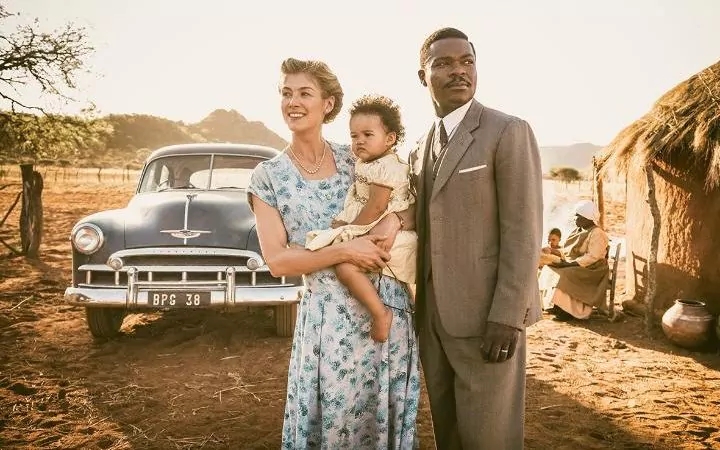 These true stories need to be celebrated and shouted from the rooftops. Whether it is the British dance halls and Queen’s dialect of A United Kingdom, or the dusty Americana of Jeff Nichols upcoming Loving, this pair of movies, championing multi-culturalism, couldn’t be more urgent and necessary.

Rosamund Pike plays Ruth Williams, a well-spoken secretary and part of a loving, traditional British family. David Oyelowo is Prince Seretse Khama of Botswana (though it is Bechuanaland in the 1940’s), comfortably enjoying his University education in London. Ruth’s sister, Muriel, drags her to a local dance and the two fall for each other immediately. They are both aware of the fears and troubles ahead until Seretse is called back to Bechuanaland to stand by his country as they face the influence of apartheid from South Africa. They marry, against the wishes of both families and the British government, and young-love and adrenaline carries them all the way to Africa where a cold welcome forces Ruth and Seretse to realise the consequence of their actions. On the brink of war and deep in poverty, Bechuanaland needs a leader, but in such divided times, can Seretse lead them with his wife standing by his side.

Director Amma Asante begins with Seretse boxing in a dingy hall. He is powerful and strong. His softly-spoken demeanour and educated knowledge doesn’t reveal his passionate and aggressive edge: he will fight with all his might for his countrymen. Ruth, in contrast, lives an average life. Her doting father (Nicholas Lynhurst) is clearly influenced by the fear-mongering of the era – he’s the older generation who doesn’t trust the changes affecting the country. Oyelowo, interviewed for Sight and Sound magazine, explained how keen he was to bring the black history of Britain to the screen. A United Kingdom is an enjoyable, entertaining retelling of this historical event but it fails to really attack those at fault. Besides the evil, scowling British bureaucrats (Jack Davenport and Tom Felton among them), there is no attempt at tackling the press directly or striking a clear parallel to current world events. I suspect that, by ensuring that A United Kingdom is accessible to a wide audience, the more explicit and complicit racism deeply embedded in Britain might’ve been a little too ugly to depict. 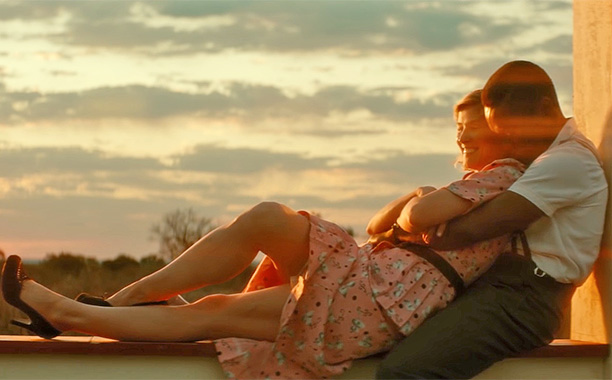 It is possible that, as race-attacks are on the rise following nationalist triumphs, I’m acutely aware that there is more work to be done – and a comfortable romance won’t solve the challenges that face the UK (and USA) today. Asante frames Bechuanaland in glorious warm oranges and vivid yellows, with a cultural and community-based society that is filled with love. London is depicted in muddied greys, with rain only reminding us how cold-hearted a bustling city can be. The vast, stunning vistas of Africa reveal how beautiful the country is, despite the conflicts within its borders. Rosamund Pike, too often acts as we would, staring into the distance, but when we can see the gorgeous landscape ourselves her awe seems a little excessive.

In addition to the sumptuous depiction of Botswana, David Oyelowo’s likeable and driven Prince carries the film. Since Selma, it is clear that he can deliver a rousing speech with such presence that it’s difficult to not be swept up in his intentions. A United Kingdom is comfortable, confident film making but there are niggling concerns with its safe, pedestrian tone. It’s a ground-breaking and heated story, with deeply unfair treatment on both sides, inflicted by government-sanctioned action, so it’s a shame that A United Kingdom settles for mediocrity instead.