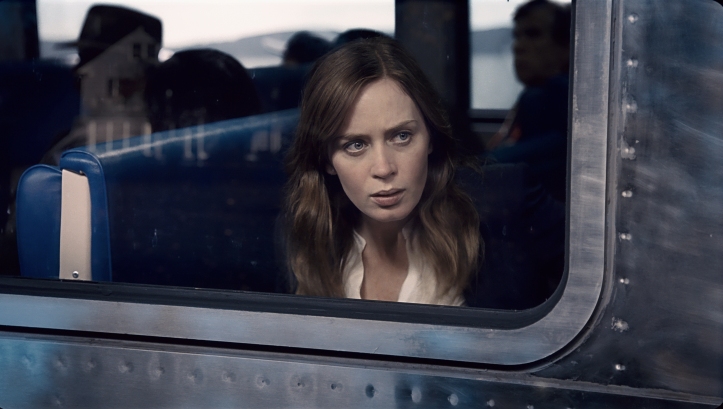 Sadly this dramatic thriller, starring Emily Blunt, though holding an intriguing plot fails to truly hold itself up. Instead, it stumbles to an undeserving conclusion that lacks the weight it desperately needs.

Rachel (Blunt) travels by train to Manhattan daily. Her commute takes her past a set of affluent, detached houses and she cannot help but fantasise about their owners. In one house lives the perfect couple, Megan (Haley Bennett) and Steve (Luke Evans). Megan exercises yoga on her balcony while her husband is passionately romantic, caressing and kissing her at every opportunity. Rachel observes, from the train, their most intimate moments and fails to acknowledge that they should, at least, utilise their curtains. Two doors down from this pair live Anna (Rebecca Ferguson) and Tom (Justin Theroux). Tom is Rachel’s ex-husband and, while Anna is a new mother, it only reminds Rachel of her own struggle to have children – and how that became the cracks that tore through her marriage. Rachel is revealed as an alcoholic, often returning late at night with cuts and bruises. She once abducted Anna and Tom’s child and her regular commuters can see clearly how she struggles every day. But, upon seeing Megan commit an affair, Rachel’s ideal relationship is shattered. How can she throw everything away? Angry, Rachel steps off the train and treks to Megan’s house…

Though introducing the three women with big, bold text as they tell their story on screen, it is clearly Rachel’s story to the core. She is the train-chair investigator trying to piece together the puzzle of a murder she isn’t quite sure she didn’t commit. She is the one on the line, as Detective Sgt. Riley (Alison Janney) questions her about her location on the night of the murder. The pastel shades, soft lighting and furniture-ad decor inevitably feels cold and bleak, but it clearly aches to be considered on a par with David Fincher’s Gone Girl. Many will have made the connections already but it is surprising how clear the relationship is. A non-linear storyline; a murder; similar affluent young-families – the list goes on. But The Girl on the Train pales in comparison. The characters are weak and unlikeable (and not in an “I’m curious to see what happens” fashion) while the plot often brakes to a standstill. As Rachel struggles to truly tackle her demons, we’re left hanging on a murder-story that we’re not entirely sure we care enough about.

Flashbacks to “3 months before” are jarring. We wonder whether the three months before is prior to the start of the film or three months behind the current situation that has evolved on screen. It’s a messy film that lacks momentum and, though Blunt gives it her all, the character is ultimately difficult to connect with. Surely, The Girl on the Train should be relatable, even worryingly similar, to what we could become if our relationship suddenly, unexpectedly, hit the skids. It’s a plodding, dull affair and fails to deliver on the subtleties and relevant subtext that, clearly, the novel managed to balance successfully.

This was originally written for Culturefly in October 2016