Creed – “Purposefully brutal, deeply personal and worth every second…”

Like Jurassic World and Star Wars: The Force Awakens, the new entry in ‘The Rocky Legacy’ is punching the refresh button, with a new take on a traditional story. 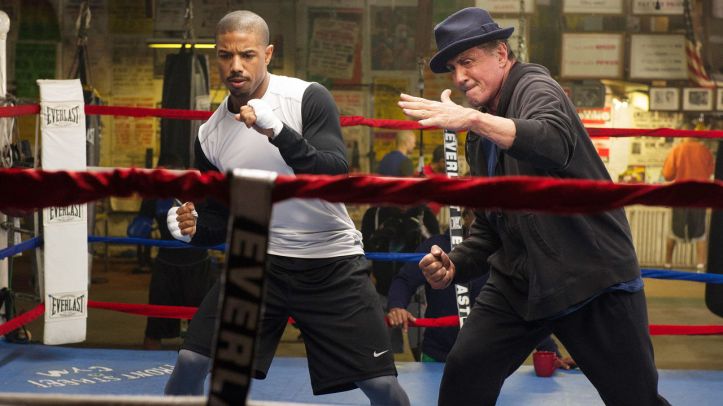 Ryan Coogler’s Creed, an underdog tale sharing the DNA of Rocky marks itself apart within minutes in the fully realized Adonis Johnson, expertly portrayed by Michael B. Jordan. Together with Stallone reprising his role, this ambitious, challenging new perspective adds to the fascinating Philadelphia world whereby men are built and broken by their boxing dreams.

With a release in the US far ahead of this weekend’s UK date, Creed has been celebrated as the best sequel in the series. But, before watching Creed, it is worth remembering that Rocky’s story ended with Rocky Balboa. Between 1976 and 2006, the series built the foundations of a world whereby Balboa is literally put on a podium in Philly. The carefully balanced fade-out in 2006, as Rocky walked from Adrian’s grave was the full-stop to define his exit. Creed is a new beast as Adonis, the illegitimate child of Apollo Creed, is picked up as a child in prison and brought up in the affluence of Apollo’s fame and fortune. Apollo Creed was Rocky’s friend, mentor and the yin to his yang, featuring in the first four films. Crucially, he was vividly fleshed out carrying his own demons and desires. He wasn’t the cartoon cut-out of Mr T’s ‘Clubber Lang’ or Dolph Lundgren’s Russian ‘Drago’. Apollo reflected on his life and his opponents. He, equally, had his own difficult upbringing in California and his own success story – it simply wasn’t Rocky’s.

Creed begins as “Donnie” Johnson (Michael B. Jordan) fights in Mexico. He’s well-qualified in his office-job but quits following a promotion. He has a hunger to compete; a desire to break into boxing as his father before him. But, with his connections in LA, his wealthy lifestyle is known. His desire to create his own legacy with a different name means very little to the local coaches, who’d rather train the young men with the drive (and desperation to get out of poverty) over Creed’s son. This prompts his switch to Philadelphia, as he hunts down Rocky Balboa (Stallone) and begins a new life.

In 1976, with the release of Rocky, Balboa as the white underdog in a primarily black sport did raise concerns. His inspiration and namesake Rocky Marciano, one of the two white heavyweight champions since 1937, is stuck on his mirror. With civil rights achieved and the ramifications taking place across America in the seventies, a film depicting an arrogant black man (Apollo) taken down a notch by a good-natured white man (Rocky) seems awkward at best. Almost as an attempt to rebuff the criticism, these race themes were touched upon in Rocky III, and its anti-racist sentiment is truly tackled in the friendship between Apollo and Rocky (something the first film had no need to explore). Sensitively, Creed flips it around somewhat as Adonis, though in trouble with crime as a kid, is brought up as a child of wealth and affluence. It is clear that this is not the stereotypical black man of LA and it plays as a nice parallel to the poverty-stricken Balboa in 1976. These are human challenges and the parallel emphasises this.

This is the reboot-sequel to the series we never knew we needed. Without pulling Rocky back into fighting, it’s a poetic consequence for Balboa to become a coach to an up and coming fighter (even though this backfired before in Rocky V). The colour-palette switch as Donnie arrives in Philly is a welcome change, proving that the gritty, urban Philadelphia is as much a character in the series as Balboa himself. We hear, in brief conversations, the consequence of the known characters. But director Ryan Coogler wisely ensures that this is Donnie’s story, and not Rocky’s. That’s not to say that the Champ is ignored – he is crucial. But rather than Creed becoming a baton-passing exercise, infatuated with history and obsessed with nods and references, Creed is a bold story in its own right: about fatherless children and outcasts; about family and community; about love and heartache.

Coogler and Michael B. Jordan have worked together before on Fruitvale Station, a powerful retelling of the police-murder of Oscar Grant. Stallone, writing almost every Rocky film (but not Creed), is only in a supporting role. Not imitation nor pastiche; Creed is resurrection (a clear nod to this theme as the team watch resurrection-obsessed Skyfall), offering a new perspective with a modern feel. Adonis takes picture of a to-do list with an iPhone and watches old fights on YouTube. Outstanding one-shot fights, from start to finish, feel vividly real and the punches are powerful. Coogler’s direction is innovative and bold and, as we anticipate the final fight (with actual-boxing Brit Tony Bellow), it is purposefully brutal, deeply personal and worth every second. Creed is unforgettable and it’ll kick off 2016 as an exceptionally promising year ahead. This is for a new generation who hold a beast inside; a beast that needs to learn from the mistakes of the path and change the future.