Spectre – “Still the luxurious and ludicrous, finely-tuned mission we expect”

Now he’s James Bond. At the end of every Daniel Craig incarnation of the suave agent, audiences smile and think to themselves that, now all his backstory is explored, he can be James Bond completely. 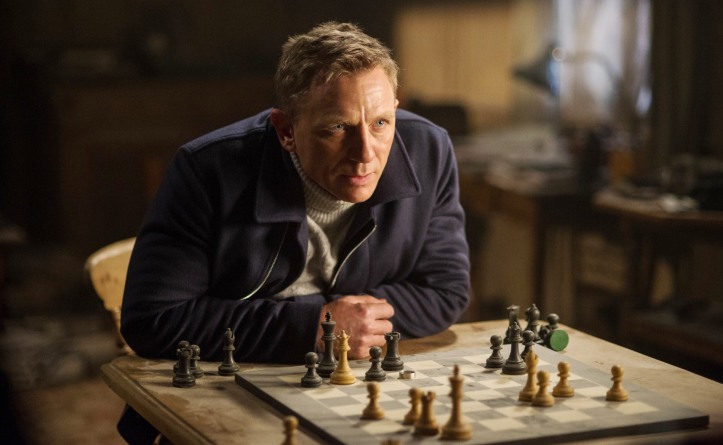 After his heart was broken by Vesper in Casino Royale or after MI6 is set up to include a new M, Moneypenny and Q in Skyfall – finally, we think, he can just relax and be the double-0 we know him to be. Spectre, maintaining the expert direction and pace of Sam Mendes begun in Skyfall, is another celebration of James Bond. Beginning with wild helicopters flying out of control, then tall buildings crashing down and enormous explosions to finish, it seems that only 007 can pull it off with a cuff-pull and tie-shift, before moving on. But it seems there is more to flesh out before he finally becomes “James Bond”.

The mesmerising opening sequence, in Mexico as crowds celebrate the Day of the Dead, reveals what Bond (Daniel Craig) has been up to. Having gone rogue, M (Ralph Fiennes), Moneypenny (Naomi Harris) and Q (Ben Whishaw) are all unaware of what lead he’s chasing but the carnage he creates has to be accounted for. Enter “C” (Andrew Scott), the chief of surveillance (In a not-the-GCHQ-but-should-be building), desperate to push through a proposal that combines the security of nine countries, so they can access each other’s surveillance. Suffice to say, traditionalist M isn’t keen on the power wielded and the abuse this may be open to. 007 meanwhile, is digging deeper, and his trail leads him to an old friend, and the mysterious Franz Oberhauser (Christoph Waltz) – a villain who knows Bond exceptionally well. 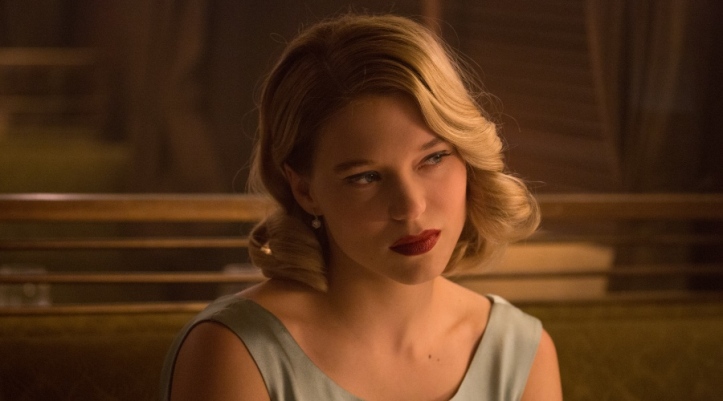 While audiences appreciate the wealth of history in the James Bond series, top of the list of expectations is still a succinct, accomplished action movie. Nods and references to the past are part of the flavour but they should never be so overbearing that they spoil the martini. The crater-locale of Oberhauser’s base feeds off the ridiculous memories of the volcano-set You Only Live Twice. Train fights hark back to From Russia With Love. In fact, Mr Hinx (Dave Bautista), playing a strong silent henchman manages to merge an Oddjob persona with a Jaws-like stature, topped with a name that wouldn’t look out of place next to Mr Wint and Mr Kidd. Some may see that one character referencing three films is an impressive feat. If this was 2006, this could be fun but we’ve reached the end of the line here. Die Another Day had a bunker with items and props from the previous 19 films. Casino Royale exposed the murky manner Bond acquired his Aston Martin DB5. Even Goldeneye in 1995 was well aware how Bond was merely a “relic of the cold war”.

Despite these wobbly shoe-horned-in call-backs, this is still an Oscar-winning director working with some of the best actors in film today. Madeline Swann (Léa Seydoux) transcends the usual tropes of a Bond Girl with her stubborn refusal to fall into Bond’s arms – at first. Monica Bellucci, in comparison, is the sultry vixen we’re more accustomed to and Bellucci’s performance adds gravitas defying the usual vacuous performances we’ve seen before.

This is not a failure by any account and instead seems to be the Mendes team overdoing their own passion for the leading man. There’s no need for tiresome references and historical plot devices to engage us. The relationship between James Bond and Oberhauser needs no explanation or backstory. The deadpan tone of Q and unapologetic British demeanour of M is the hook, as James Bond risks life and limb leaping from high or sharp objects. Spectre misses the wildly ambitious target it aims to hit – but it’s got the wit and cinematic scope that’ll win you over anyway. It’s still the luxurious and ludicrous, finely-tuned mission we expect. I only hope that, after four films creating the man, he can now move on, forget the past, and be James Bond.

This post was originally written for Flickering Myth in October 2015