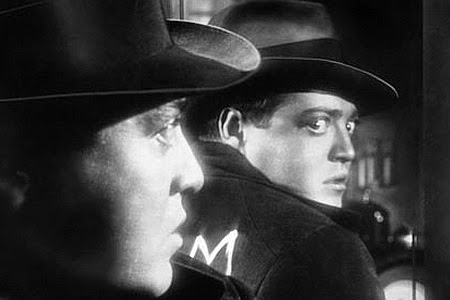 In the media storm involving Rolf Harris and Jimmy Saville, it seems to be the relevant moment to rerelease the incredible thriller M. An unforgettable tale of a child-killer, Hans – labelled by the letter ‘M’ – preys on children using balloons and sweets. His horrific acts are not only investigated by the police but by the victims, gangs and criminals of the town. As part of the Peter Lorre season at the BFI, M is a must-see in the actor’s catalogue as it defined his character in many of his future films, including the established classic Casablanca whereby he retains his bulbous-eyed, sneaky and slimy persona in Ugart.

Akin to Nosferatu, only nine years prior, M uses shadow to reveal the murderer, Hans (Peter Lorre). The tense opener depicts innocent kids playing a game while singing a tune that acknowledges the killer himself. One of the girls wander off, and darkness looms over her before approaching. We then see her Mother, checking the time at home, slowly realising her worst fears. Police struggle to find the killer and the crime bosses decide amongst themselves that they will intervene. Others assist the criminals in hunting down Hans, with one bright spark marking his jacket with white chalk – and the letter ‘M’. He is cornered in a building and independently, the mob put him on trial. Though clearly guilty, he pleads for a fair trial and with seconds to spare, the police break in and stop the verdict. We cut to a courtroom and, abruptly, the film ends. 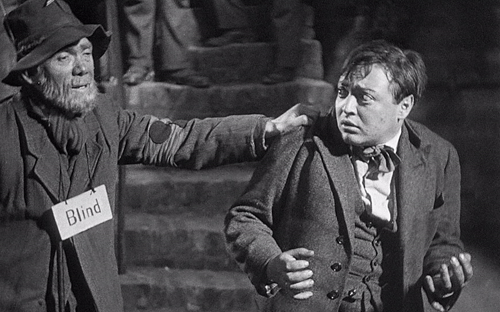 Anthony Hopkins had it with Hannibal Lector. Javiar Bardem had it as Chigurh in No Country for Old Men. An actor and role that is haunting, memorable and irreplaceable. Unlike the deeply sinister villains Hopkins and Bardem portray, Peter Lorre’s Hans craves your acceptance. He doesn’t plead innocence and only fails to understand his deep-rooted desires. In an early era of sound, the whistling-signal of his presence is an intelligent use of melody. Scarface would whistle in 1932, and more recently Omar in The Wire and the Guv’nor in The Walking Dead also. Could you trace this morbid use of a childish act, right back to M?

Lang’s silent films ended with Metropolis and Woman in the Moon two years prior. Kim Newman notes the likely influence of Hitchcock, who released Blackmail and The Lodger in 1927 and 1929 respectively. But rather than depicting a killer who is captured and sentenced, M turns the flashlight onto you the viewer. His framing is purposeful, placing you in the judge’s seat in those final moments. His trial is an awkward state of affairs as we are drawn into the argument. The stunted end seems to hint at the lingering question as to whether the courts will do a better job at doling out justice. Ambiguously, we don’t know. M is inspirational and unforgettable filmmaking, a reference point for thrillers and psychological horrors today. Now is the time to see it the way it was intended.