Inherent Vice – “This seems to be Anderson’s Jackie Brown…” 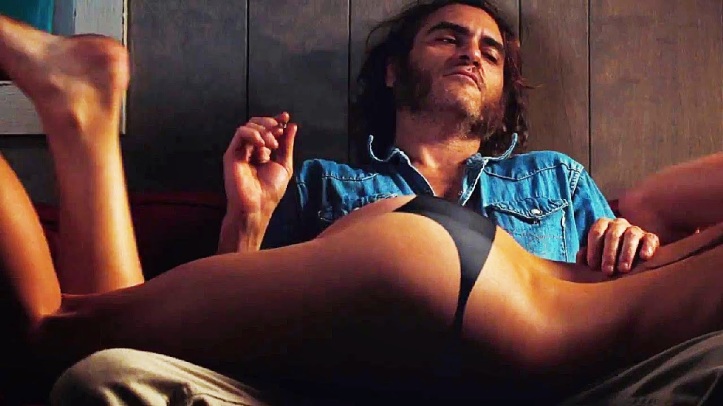 Following Paul Thomas Anderson’s outstanding The Master, comes pulpy dramedy Inherent Vice. Based on the novel by Thomas Pynchon, this seems to be Andersons Jackie Brown as he adapts a crime-novel crammed full of unique characters and illegal activities. Capturing the drugged-haze of Los Angeles in the 1970’s, Private Investigator Doc Sportello (Joaquin Phoenix) leads the story. Between puffs of dope-tokes, he is assigned the task of preventing the abduction of estate-developer (and multi-millionaire) Mickey Wolfmann. But ex-girlfriend Shasta Fay Hepworth (Katherine Waterston) is the messenger and, soon after, she too goes missing. Between prolonged conversations between ‘Doc’ and Black Guerilla Family members, Nazi’s, sisters-of-the-deceased, snitches and adulterers, we piece together the puzzle uncovering the ugly-underbelly of the LAPD and Los Angeles elite. Joaquin Phoenix, looking like a cross between John Lennon and Wolverine, manages to encompass the heart and humour of Sportello. His frustration with uptight Buzz-cut ‘Big Foot’ (Josh Brolin) is hysterical, but a meandering plot moving between brothels, police stations and offices, lacks momentum and clarity. There’s an argument that on a second watch, it holds up stronger – and perhaps it does. But on the initial viewing, it’s difficult to grasp the tension and necessity of characters actions. The Master explicitly dealt with religion and Magnolia took on philosophical and emotional turmoil. Inherent Vice holds no such importance. It’s disposable, but perhaps that’s what Anderson intends. When we return to Doc’s decrepit house on the coast, it is soothing to simply chill with him on the sofa.