100W: The Fast and the Furious: Tokyo Drift 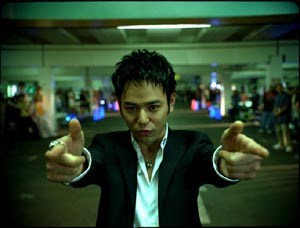 The Fast and the Furious: Tokyo Drift (Dir. Justin Lin/2006)

Sean (Lucas Black) is a young-driver forced to move to Tokyo, joining the local car-gangs who excel at “drifting”. Revamping the series, The Fast and the Furious: Tokyo Drift is clear-cut – Sean learns: he must make his own way in the world. Director Justin Lin focuses on the stunts; rather than cutting to front-facing shots of drivers or squeezing through the engine using CGI, Lin pulls the camera back and marvels at the “drifting” on show. The neon-lights and effortless charisma the supporting cast exude – specifically Han (Sung Kang) – makes TFATF:TD a refreshing addition to the franchise.