As a writer, it is a regular expectation to keep to a strict word count. Every time you pick up a magazine, articles can be a small 100-word write-up or a 1000-word review. My own notes for the many films seen are always over 100 words – so this is a new feature that will focus on reviewing films in a concise 100 words. 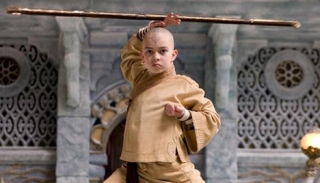 The infamous comparison to Spielberg stops as Shyamalan takes on multi-million pound blockbuster The Last Airbender. Adapting the Nickelodeon TV-series may have appeared an easy hit, but alas, script simplicity plagues the film despite top-notch special effects. The story revolves around Aang (Noah Ringer) – the only one who can “bend” all four elements of Fire, Water, Air and Earth – who, in a messianic manner, will bring balance to the planet. Katar (Nicola Peltz) and Sokka (Jackson Rathbone), two flat-characters join Aang on the journey as they challenge Fire-Nation exile – Zuko (Dev Patel). Good effort – but complete misfire – from Shyamalan.