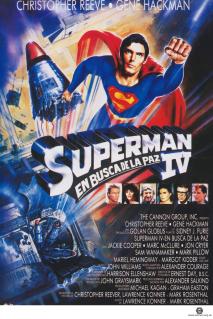 “You know what I can do with a single strand of Superman’s hair?”

Cannon Films. The infamous production company that managed to squeeze out too-many Chuck Norris films and, somewhat randomly, an Academy Award winning film in The Assault, took ownership of the rights for Superman in the late 1980’s. Superman III was a critical failure and Supergirl simply flopped at the box office so the Salkinds, four years later, assumed Superman had outstayed its welcome and sold the rights to Yoram Globus and Menahem Golan when Cannon Films were at their peak. Christopher Reeve was reluctant to don the red-pants and iconic ‘S’ again but agreed to re-emerge as the Man of Steel if Cannon Films would finance and support a film project of his own (the project was a film called Street Smart, an underrated film that netted Morgan Freeman a Best Supporting Actor nomination at the Academy Awards in 1988). Unfortunately, Cannon Films were spread too thinly across multiple projects and Superman IV was treated as any other – and crucially the budget was slashed from £30m+ to a mere $17m (Nb, Superman III was $39m). Such a small budget for such a big film was clearly a serious problem. But, Gene Hackman returned alongside Margot Kidder (in more than a cameo) so the future looked bright. 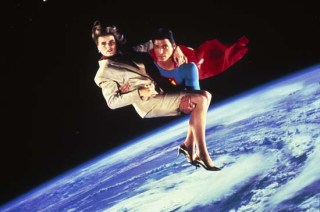 It is worth reminding ourselves of the gap between films as this fourth installment is four years later. The necessary cast return but, in a misjudged use of character, the romance between Lois Lane and Superman becomes second rate – instead, introducing a new romance for Clark Kent in Lacy (played by Mariel Hemingway – all grown-up since Woody Allen’s Manhattan). Lane is nowhere near as underused as in Superman III but the strange dynamic as Lois ‘warns’ Lacy off Kent is out-of-place. To make matters worse, there is a strange rekindling of the Lois/Superman relationship too – whereby Lois tells us she “remembers everything” (Since Superman II?), before he plants another super-kiss on her, wiping her memory again. Poor girl; these huge gaps in memory can’t be good for your health.

This romance also leads us to a fatal-flaw in the film – Lois and Superman, flying, look awful. When the special effects aren’t as good  as the first film in the series (now 8 years prior), it is clear that a deeper production-based issue has, once again, destroyed a Superman film. Each film seemed to begin with such strong, honourable intentions, but the productions on every film were flawed from the outset. 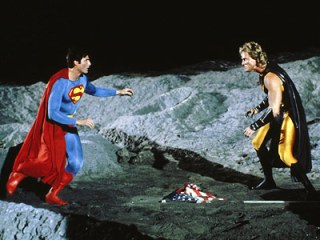 Ironically, the flawed production of an attempted blockbuster seems to be the type of situation Clark Kent would be proud to witness. The beginning of the film awkwardly establishes an anti-consumerist message as Kent refuses to sell the house in Smallville. He explains that the house and land needs to be used for farming – and not turned into real-estate or a shopping mall. This message is then reiterated when the Daily Planet itself is bought by David Warfield (Sam Wanamaker), a global businessman who intends to turn the Daily Planet into a top-selling tabloid. It is this situation that squeezes Lacy into the equation as Clark Kent’s romantic interest is Warfield’s daughter. Did the filmmakers not even realise that they were ‘selling-out’ on the film by “reaching a broader market” by including a young love interest for teenage boys to appreciate?

This message is a small-story against the main event pitting Superman against Lex Luthor again. As previously noted, Luthor seems to represent the greed and capitalist attitudes of America against the heroic, moral sense-of-duty America that Superman symbolises. But this time Luthor is not alone and, of his own creation, he breeds a new villain – a ‘Nuclear Man’ – born of the sun (Mark Pillow). Luthor again abuses the power he has created – but has become a powerful man through controlling energy. Simply by cutting out the sunlight, Nuclear man switches off and kneels before him. The assumption that Luthor is now a man who has taken control of a natural human requirement – energy. Now compare this to energy suppliers and water providers – companies who have benefited by financially dominating a market that humans cannot live without. In addition to this super-human, Luthor additionally has his nephew Lenny (Jon Cryer) to provide comic-relief. A dated-character with one-liners that often bomb, he may provide the subtext with a nepotist edge as this type of foolish person will surely inherit Luthors power. Or maybe Superman V would have shown us Lenny in true arch-rival mode…

“I don’t belong to a particular country”

Despite this potential social-message, another political theme is weaved into the story. Rather than standing for “truth, justice and the American way”, Superman now doesn’t “belong to a particular country” and opens the film saving Russian astronauts. Rather than sell this brand primarily to the American market, I am positive there was a conscious effort to recreate the hero to represent the world as a whole. His speech at the UN is a testament to that. Furthermore, Cannon Films may have seen the similarities in the previous films and were keen to establish routines. A Superman-saving opening sequence, a new-romance and a new ‘villain’ in Nuclear Man. Simply adjust and replace – and surely set the film in different locations now that Superman doesn’t belong to a particular country. Very James-Bondian.

Unfortunately, consistency has not been a feature in the Superman series and within this single film it is clear that Cannon Films jumped-the-gun. Indeed, if we don’t believe in this world – we can’t invest in the film personally. Starting the film with astronauts fully-clothed in spacesuits gives the impression that space is a dangerous place without such attire … but this is not true, as Nuclear Man manages to carry Lacy far out into space without a change in atmosphere, pressure or even a change in clothes. Clearly Nuclear Man isn’t aware of the necessary requirements of humans. The possible subtexts and interesting comments on a global-world barely registers and is completely ignored in the final act – instead, ending on an exceptionally long fight between Nuclear Man and Superman (he is turned off when in a building, but behind craters and in the deepest bowels of space he flies effortlessly?) as they fight on the moon and throw iconic landmarks at each other. Freedom is … a weapon? Any potential thought-provoking elements are lost out to a wham-bang finale. 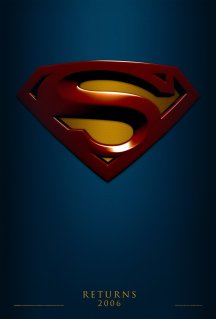 The End of the Christopher Reeve Era

Christopher Reeve is the greatest Superman we never had. Every film he portrayed the iconic role within was beset with problems and issues that often began at the very foundations of screenwriting. The first two films, if the Salkinds simply trusted the director, could have been more than merely memorable comic-book films. At the very least, they would have had a cliffhanger-ending that would rival Planet of the Apes.

The one scene in Superman IV: The Quest for Peace that manages to highlight how strong Christopher Reeve was, is a sequence whereby Clark Kent and Superman attempt a double-date with both Lois Lane and Lacy. In this single scene you can see how finely-tuned Reeve’s mannerisms are and how his characters can completely change the dynamic in a situation. A clever sequence requires a justification – and we question why Superman would even put himself into such a comical and ludicrous position. I blame the screen writers.

The film ends on the note that “we” need to make the difference. Of course we do – why would anyone think anything different. Might as well have sold the house in Smallville, while telling Wal-Mart that they need to make the difference. Nothing really matters in such a sentiment and ‘The Quest for Peace’ seems to ignore the intriguing set-up in the first act – and settle for a ‘catch-all’ message that is easily understood by children. (Even Perry White manages to simply buy back the Daily Planet. Those powerful conglomerates are easy enough to simply buy-out). Maybe the producers needed to make a difference – rather than churn out scripts that simply didn’t acknowledge the weight of such an important role. Christopher Reeve deserved better and this was an opportunity to right-the-wrongs of the Salkinds. If only someone decided to ignore the bad bits and keep the good bits … and try again … what would that look like?

[Cue John Williams score… cue the wink at the end]