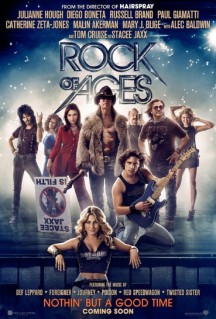 “This place is about to become a sea of sweat, ear-shattering music and puke.”
Introduction
In 2006, the Disney Channel released a TV-only film: High School Musical. This went on to become the most successful ‘Disney Channel Original Movie’ ever produced. In 2009, Fox released a TV-series in the same vein: Glee. An incredibly successful TV-show and film-series, both were musicals set in high-schools. The fundamental difference is how Glee re-imagined well-known songs and adapted them to suit the stories of the characters. This change is in in response to the success of reality-TV shows American Idol and The X-Factor, whereby songs are often covered by up-and-coming artists, only to be released soon after. I think, with regard to the revival of musicals in the last decade (Mamma Mia, Hairspray, Nine, Chicago, Dreamgirls…), it would be nice to attribute it to the success of Moulin Rouge. But we all know that this is simply not true – as production companies are well aware of the multiple sales available in different formats (At the time of writing, the best-selling ‘soundtrack’ on itunes is from Smash! with Burlesque and Hairspray still within the Top 20. I doubt those two films are as popular as film downloads.). The cult-following alone ensures a consistent financial-income can be generated over a long-period of time – Mamma Mia become the fastest-selling DVD in the UK. Ever. Musicals are very much ‘in fashion’ in production houses. 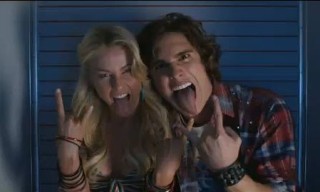 Rock of Ages is in the same world as Glee and Hairspray. The added bonus of Tom Cruise will surely get those ticket sales tip-top, but as soon as the film begins and Britney-Spears-a-like Sherrie Christian (Julianne Hough) sings with a chorus of bus-passengers, we realise the type of film we are in. This is a loose story hung together by rock-songs, which you will recognise, that has no connection to emotion, purpose or – of course – reality. Purples, reds and blues light up Los Angeles and, despite nods to the homelessness, drug-taking and prostitution within the city, the afflictions are merely a backdrop to the ‘fun’ musical that it is. At its core, it is pure Hollywood – shiney, A-list stars and big music. But it is hollow, soulless and contradicts the only issue it attempts to raise. 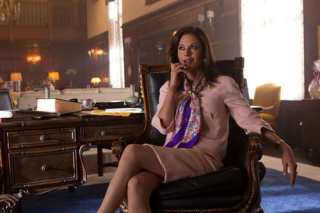 You Should Be Dancing
My partner Sarah has seen the musical and her biggest issue with the film was the lack of dancing. On stage, huge numbers are performed by a large dancing cast. Though I do recollect some dancing, the focus was always on the lead role and their ’emotions’. For example, the “Juke Box Hero”/”I Love Rock ‘n’ Roll” medley, clearly included a number of dancers alongside Drew and Sheriee – but we constantly cut-away to Brand and Baldwin singing on their own, before focussing on Drew singing whilst jazz-hands flicker at the side of the screen. Why not a static shot? Whereby the dancers are front and centre? If this is an all-out musical, show me something I don’t see on The Voice because only ‘Hit Me With Your Best Shot’ portrayed dancers dominating the screen – and one song in a film-musical is simply not good enough. 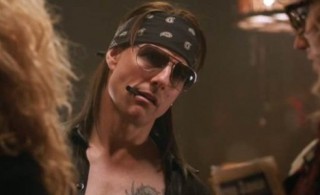 Supporting Roles
The standout performance here is between two established actors – Paul Giametti and Tom Cruise. A fascinating dynamic whereby the business is up against the artist. Staciee Jaxx (Cruise) is everything he needs to be – and you desperately feel the love everyone has for him. It is also much-more than a ‘supporting-role’. The film demands an actor who is well-know. By casting Cruise in this role, he demands your attention. Not only because of his iconic status, but he is doing things that we have never seen him do before. Paul Giametti shows two sides – we sympathise with the difficulties he has in reigning-in Staciee Jaxx, but we also despise his greedy money-making ideals. Staciee Jaxx is how he gets his money and we can see he will do anything to ensure that it happens. Catherine Zeta-Jones and Breaking Bad‘s Bryan Cranston are not as memorable, but they manage to give a little comedy to some dull-roles – Jone’s is an up-tigh, conservative campaigner whilst Cranston is a Mayor with an interest in S&M. 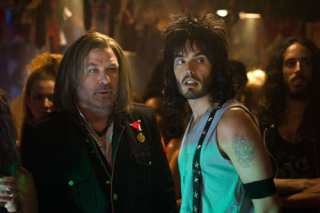 The Complete Contradiction
The end of the film portrays Drew Boley (Diego Boneta) as he manages to sneak into the music-industry, but unfortunately, the ‘rock-and-roll’ time period is over – Wham! and Vanilla Ice is the new thing. Poor Drew sells his soul and becomes a George-Michael-looking pop star. Obviously, the film – and musical – criticise the late-80’s pop-world, but the irony is how the film becomes the cheap-Hollywood it also criticizes. Its akin to the complete conflict when Britney Spears covered ‘I Love Rock and Roll’. It simply doesn’t make any sense. Then again, maybe all these ‘rock-and-roll’ ballads in the 80’s were simply cheesy pop-songs dressed up as rock songs?
At any rate, Russell Brand  (Dennis Dupree) and Alec Baldwin (Lonny) both represent the old-school values of Rock and Roll. Initially singing “I Love Rock n Roll” (as Drew sings “Juke Box Hero” – already the conflict between fame-against-music perhaps?), the two characters then fall for each other, in a memorable duet covering REO Speedwagon’s ‘Can’t Fight This Feeling’. A song covered by the Glee cast on their first album. But again, this is the contradiction – songs already performed by Glee (including Journey’s ‘Don’t Stop Believing’) and re-re-covered in Rock of Ages, so I’m sure that even the core-audience will watch it and have a feeling of deja-vu. 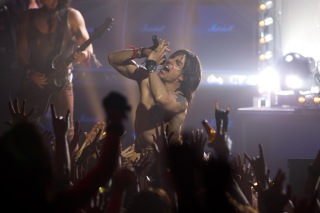 The “Fun” Finale
As a musical, I don’t believe ‘spoilers’ are going to ruin the film for you. Suffice to say, at the end of the film, we see Staciee Jaxx perform with his band Arsenal in a stadium – and the crowd is going wild. They are singing Journey’s ‘Don’t Stop Believin”. Initially, you think to yourself that maybe Staciee Jaxx has stolen the song from Drew (the “writer” of the song), who performed the song in the previous scene at The Bourbon Club. A very pessimistic ending I thought, until Jaxx says to the crowd “lets give a big hand to the writers of the song – Drew and Sheriee!”. The crowd cheers and Drew and Sheriee continue singing the song on the stage. We see all the cast somewhere in the audience singing along. This is ridiculous.
And I think that this final scene summarises my feelings towards the film. Other than a rousing finale, whereby all the characters can sing a little bit, and we can all cheer, there is no purpose to why the story would play-out in such a way. The entire film, we have seen Drew and Sheriee struggle to ‘make it’ in LA. Do they achieve success? We don’t know, they are merely brought on stage briefly at an Arsenal gig. Why would Staciee Jaxx even want them on his stage? Why would anyone cheer them on? These are writers – a profession which is historically not appreciated in the film and music industries. The story wraps up nothing except relationships – girl and guy get together. The entire ’80’s pop’ destroying rock ‘n’ roll is not truly tackled. The whole Paul Giametti as a money-man isn’t resolved – indeed, Staciee Jaxx fires him, but I’m sure he’ll survive (a standout scene). But as long as the finale looks cool and the songs are great, theoretically we can all walk out happy to have sung, hummed and tapped our feet to the sounds of Foreigner, Poison and Starship. But that is it – a bunch of songs we all like to hear. But sung by actors. In a cheesy-pop manner.
I’d rather just listen to the original songs myself.