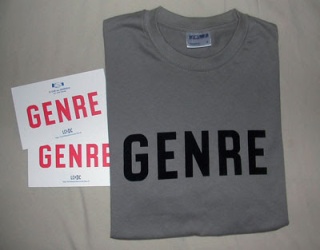 I have recently caught up on a number of LAMBcasts and Reel Insight podcasts – and have visited the all new Dylan/Kai Combo-Blog Man, I Love Film and it has brought up a few talking points.
Primarily the topic of Genres. The Rom-Com discussion on the LAMBcast highlighted how films like Eternal Sunshine of the Spotless Mind and Groundhog Day feature as Rom-Coms – the same genre as Leap Year and The Proposal and that the term ‘Rom-Com’ is generally applied to crap Romantic Comdies opposed to actual Rom-Com’s. In the same way, akin to the Man, I Love Film Blogs “Top 5 ‘Westerns'” or “Top 5 ‘Vampire Films'”, they equally use Genres to summarise their points. Finally, the talk of Ryan Gosling’s roles in The Notebook  – categorised as primarily a ‘romance’ whilst Blue Valentine is categorically a ‘drama’ … or an anti-romance, I guess.
Westerns, Sci-Fi, Gangsters, Romance, Comedy, Horrors, B-Movies, Drama (what is that?), Torture-Porn, Porn… they all count as Genre’s. Then you have your genre combo’s – Rom-Com, Zom-Rom-Com, B-Movie Horror … etc.
Many years ago, in Sight and Sound magazine I read an article which, in passing, noted how the use of genre as primarily of commerical gain and not of any academic of artistic merit.
Comedy – for example – almost always features in a film. But that sure doesn’t make it a comedy. Forrest Gump is incredibly funny … but it isn’t a comedy. Horror, I guess, is something scary … but you have that slim line between Horror and Thriller … to Crime and so on and so forth. Genre is a way to categorise films – a simpliciation of a simplistic category. Westerns are set in the dusty-scapes of America whilst Horrors ‘have a kill within the first act’ – ensuring the films remain within their codes and conventions. These are not set in stone though and, nowadays, the fact that they are not set in stone means that people play with the conventions – Scream, Grindhouse, No Country for Old Men, etc.
Genre is akin to the boardroom simplicity – Jan De Bont with “Its Die Hard but on a bus!” or D.J. Caruso with “It’s Rear Window but updated, for kids!”.
How often do you find yourself saying – “yeah, I didn’t really like X thing in film – but, y’know, thats what [insert genre cliche here] involves”. It doesn’t have to. It could be anything you want it to be. As people have shown! Rom-Com’s can be profound – see Woody Allen and Co. Rom-Com’s can be surreal – see Eternal Sunshine of the Spotless Mind. Action films can explore the dreamscape – see Inception and Sci-Fi can be littered wiith a wide variety of philosphical musings – see The Matrix. Heist Films don’t even need to show heist! (See Reservoir Dogs)
With all the ‘meta’ films and film-literate cinema currently out in the world, the use of genre to categorise films is redundant. If anything, if a film manages to stick successfully to genre tradition, then it clearly lacks originality because, by definition, it has been ‘done’ before. So lets put Genre to one side and hope that filmmakers expect more from their audience – because, seriously, I don’t go to the cinema to see the guy always getting the girl or the butch guy always saving the day, I don’t need the guns-in-the-air-slow-motion-sequence that manages to kill everyone in sight or even see see the big-breasted girl running from the guy with a knife … I go to see a bloody good film and the genre don’t make a blind bit of difference.